To find the best VPN for Netflix, we tested 78 VPN services using 4-6 random locations from their server network, including United States, Canada, and United Kingdom

Let’s start off with the ones that do work with Netflix and allow you to stream Netflix without any geo-restrictions.

These should be the best options for people abroad… Or for someone who just wants to stream more movies, like me, ha!

Whether you need them to unblock VPN or just bypass geo-restrictions, you can’t go wrong with the following.

Below are the VPNs that still unblock Netflix through their streaming servers:

In our test, we found the following NordVPN servers unblocking Netflix:

Panama-based NordVPN was launched in 2008 and quickly became one of the most highly rated, often-featured VPNs in rating sites. Located in an independent country with nearly 5,200+ servers spread across 60 countries, NordVPN has a lot to offer — including Netflix.

The company’s website features an article that keeps a running tab on which of their servers are working for Netflix. Currently, the countries with working Netflix servers are the United States, Canada, Japan, France, the UK, and the Netherlands.

All of the servers worked in our testing, providing good connections. NordVPN is one of the more reliable VPN providers for unblocking Netflix, and therefore has a lot of users.

In our test, we found the following ExpressVPN servers unblocking Netflix:

ExpressVPN has a Netflix page on their site detailing why using a VPN is the best choice for accessing Netflix (over a DNS or a proxy).

It’s clear that ExpressVPN still counts themselves among the VPN providers able to circumvent Netflix’s 2016 ban. They’re not wrong.

If you want to have a good chance of unblocking Netflix or get access to the US movie libraries, Express is your choice. 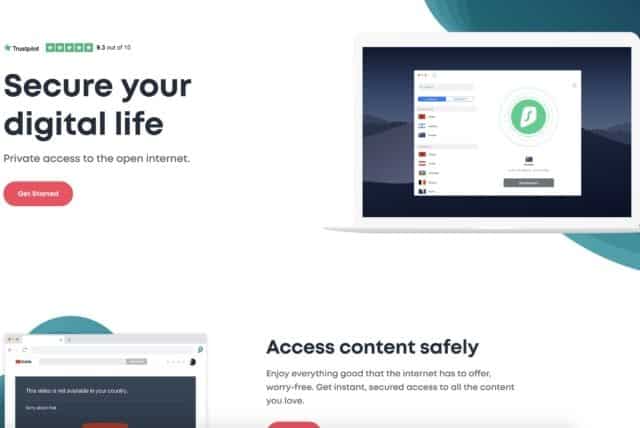 In our test, we found the following Surfshark servers unblocking Netflix:

Surfshark unblocks Netflix perfectly fine through Windows and Android devices. It’s not so good with Mac and iOS apps, but according to their website they are doing their best to improve that.

What’s more, Surfshark is British Virgin Island based with no data retention law so if you need a VPN for streaming, Surfshark can be a great (and cheapest) option on the market today.

Surfshark takes pride in the fact that its users use it to access Netflix. I chose six servers and tested it myself.

I was able to access 6/6 servers and it worked fine, just seems a bit slower than our first and second picks.

In our test, we found the following LiquidVPN servers unblocking Netflix:

Wyoming-based LiquidVPN makes its stance on Netflix clear: its very first feature in the homepage reads “Unblock Facebook, Twitter, Google, Netflix, and websites that are only available in specific regions from wherever you are in the world.”

The website also includes an article on how to unblock Netflix using the VPN. Unlike other providers who shy away from admitting that they’re attempting to circumvent the Netflix block, old support tickets demonstrate that the VPN provider is actively trying to bypass the ban. We were able to access Netflix content on every server we tried.

Stockholm-based PrivateVPN has a custom-built VPN specific for Netflix. According to the provider, the VPN is built specifically to allow access to the entire U.S. catalog of titles.

In addition to the special Netflix server, PrivateVPN has a guide on how to unlock Netflix from your native account, which includes a list of servers which might allow you to access the streaming service — suggesting that while they keep the list updated, it’s possible that it could change any time. We were able to access Netflix from several of the servers on the list, including the two in the U.S.

Originally a PC selling company from South Lake Tahoe, California, today StrongVPN operates one of the most comprehensive VPN provider networks in the industry, with over 650 global servers and customers in 26 countries. Two of the U.S. servers we tried — New York and Chicago — had no trouble accessing Netflix. We were also able to bypass the proxy error in servers in the Canada and the Netherlands.

We found the following VPN.ht servers connecting to Netflix:

VPN.ht, a Hong-Kong based provider, is largely focused on protecting privacy and allowing access to blocked content. It’s no surprise, then, that the company calls out the ability to access Netflix specifically on their homepage. And it worked — in our testing, VPN.ht was able to access Netflix from six servers in five countries.

20 VPNs That Didn’t Work With Netflix

TunnelBear, a VPN provider located in Ontario with the stated goal of bringing “the benefits of privacy to everyone,” wasn’t able to provide a connection to Netflix from their U.S., Canada, U.K. or Netherlands servers.

In a blog post published after Netflix’s 2016 announcement, the company said they had “seen [the block] coming” following Netflix’s global expansion, and that they found the lack of Netflix transparency around their regional content offerings to amount to “false-advertising.”

A further statement notes that the reason Netflix blocked VPNs in the first place — and the behest of the content owners — was an “archaic entertainment distribution model.”

Private Tunnel, a California-based VPN provider, wasn’t able to connect to any of the Netflix servers we tested — a limitation the company knows about and isn’t attempting to fix.

Kaspersky Secure Connection VPN is powerhouse antivirus company Kaspersky’s first foray into the VPN space. Users of the VPN service have put in support tickets related to Netflix last year, suggesting that the service may have once worked to unblock streaming; it currently doesn’t.

Founded in 1988 and headquartered in the Czech Republic, Avast is a multinational cybersecurity software company that manufactures everything from VPNs to antivirus protection.

Their VPN, Avast SecureLine, boasts the ability to unblock content — specifically, their website notes that, with SecureLine, you can “Enjoy your favorite TV shows as you choose.” However, we found that Netflix was blocked on all the servers we tried.

The tagline for F-Secure, noted directly on their homepage, is “Protect your privacy. Access blocked content.” which makes it somewhat surprising that all the servers we tried — five in total — were blocked.

Digging deeper, we found that the site issued a statement from 2016, following the ban, which they still reference in support forums today. It says in the statement that they have limited ways to prevent third-party blocking, and expect customers to respect third-party terms.

Germany-based Hoxx VPN mentioned the ability to bypass blocked websites, and makes reference to “geo-based content,” but doesn’t mention streaming specifically, and we were unable to access Netflix using it.

The war between Netflix and VPN providers following the ban hasn’t been pretty, with VPN users declaring that they’re canceling their Netflix subscriptions as a result of the ban to VPN providers desperately trying to find workarounds only to be blocked again.

Until the licensing model changes — or until Netflix can find a way to make all of their content globally available, the goal they mentioned in their 2016 statement announcing the ban — it’s a war that will continue to rage.

VPNs Not Working With Netflix

P.S. This Netflix test was last updated in January 2021. If you find a VPN that is blocked by Netflix, let us know ASAP with details and we’ll update the page. Thanks.

Earnings disclosure: In order to get you the cheapest price possible, we’ll earn a commission if you decide to purchase through our links. Thanks for your support.